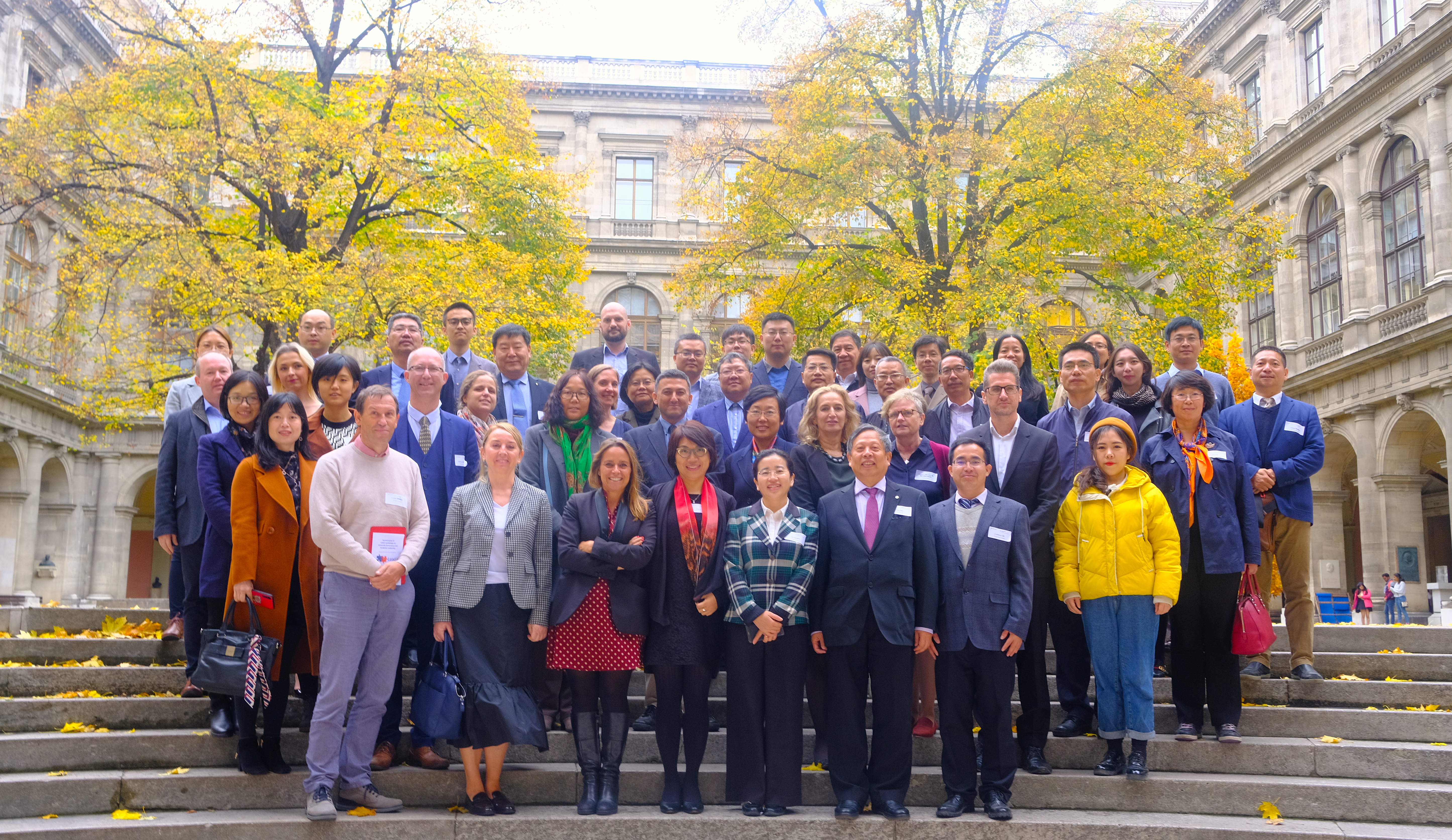 The Opening ceremony was chaired by Prof. Lucas Zinner, Head of Research Services and Career Development, University of Vienna. Prof. Anthony Antoine, Executive Director of the Institute for European Studies at VUB, welcomed all participants to the workshops and thanked the University of Vienna for hosting the conference. Participants were warmly welcomed by Dr. Marcin Gorski, SUT.

During the two days of workshops, seven keynote speeches focusing on academic rankings and governance of doctoral education were delivered by professors from five European and Chinese universities. Consistent with the keynote speeches, two parallel workshops on academic rankings and university governance were organised. In the first seminar, participants exchanged views on the importance of rankings, meaning, limitation and impact of rankings. In the later workshop, several questions relating to the governance of doctoral education such as what the main duty of the head of doctoral school is, should the head of a school be also a leader or what skills and knowledge are necessary to successfully lead and manage a doctoral school was tackled. Apart from keynote speeches and workshops, the consortium meeting for partner universities on 29 October was dedicated to discussions on the LEAD2 potential output, results, and deliverables by Prof. Chang Zhu from VUB.

The next LEAD2 event will be the third series of LEAD2 workshops that will take place at Guangxi Normal University in Guilin and Tongji University in Shanghai, June 2020.